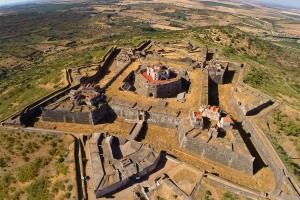 In a dominant position on the so-called Mount of Graça, was part of the defense of Square-strong Elvas and City – Border Headquarters of Elvas and its Fortifications – rated from the day June 30, 2012 as World Heritage by UNESCO.

The good strategic position of the place became evident during the War of Restoration, when the Spanish troops occupied the site during the siege of the city of Elvas in the year 1658 that preceded to the Battle of Elvas lines in January 14, 1659.

In 2014, the Fort Our Lady of Graça was part of a new project of the Ministry of National Defense, created with the support of Turismo de Portugal, called Military Tourism, presenting historical itineraries based on Portuguese heroes.

The Fort of Our Lady of Grace, officially termed as Fort Conde de Lippe is  located in the parish of the Alcáçova, about a mile north of the city of Elvas, Portalegre District.