Castle of Belver in Gavião 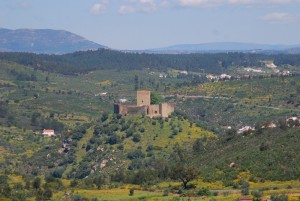 Considered one of the most complete medieval Portuguese military architecture, stands isolated on top of a granite hill, west to the town, in a dominant position on the confluence of Belver river with the right bank of the Tagus river, manning the so-called Line Tagus.

At the time of the Christian Reconquest of the Iberian peninsula, a wave of assaults forces the Almohad Caliphate under the Caliph Abu Yusuf Ya’qub command al-Mansur, determined the retreat of Christian boundaries to the line of the Tagus River (1190-1191) . In this context, in 1194, Sancho I (1185-1211) donated the region between the river Zêzere and the River Tagus, called Guidintesta, Guidi in forehead or Costa, the Prior of the Knights Hospitaller, Afonso Pais, for there to build a castle, called Belver by the monarch. 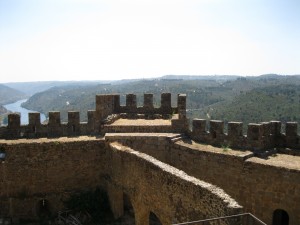 In 1210, when King Sancho I wrote his will, the Hospitallers received significant part of the heritage. It is believed that the castle was completed between sometime between 1210 and 1212.

During the reign of Sancho II of Portugal (1223-1248) the royal treasure was kept here. 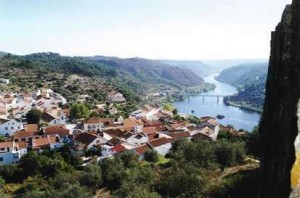 Between 1336 and 1341, the village of Belver and its castle were one of the most important Commanderies the Hospital Order.

The 1755 earthquake caused severe damages and was abandoned for many years, being used as the town cemetery during the 19th Century.

Was after the 1909 quake that the authorities took measure into their own hands and in 1910 was considered National Monument. And it has been reconstructed since 1940 till 2005.

The Castle of Belver is located in Belver at the Gavião municipality and Portalegre District.